Visiting Canberra over Christmas with my bike, I knew I just had to get out and explore the hills outside of town.

It is my great privilege to have the opportunity to visit the traditional land of the Ngunawal and Ngarigo people.

The Brindabella Range can be reached within 30kms of my sisters house so it was a great spot to target. With a bit of help route-planning from local Dan Hunt a plan was hatched.

After dinner with the family I rolled out of town at 7:30pm with about 50-70km to ride depending on how I was feeling and what sort of time I was making.

Heading out along Cotter Rd, I passed around the base of the Mt Stromlo MTB park where I had ridden the day before, and along the tarmac down to Cotter Dam.

From here the climbing began as the road turned to dirt along Paddys River Rd before zig-zagging along a veritable maze of logging roads as I continued up. The sun was now setting behind the Brindabella Range as I ascended into them, seemingly chasing the last of the day’s light. 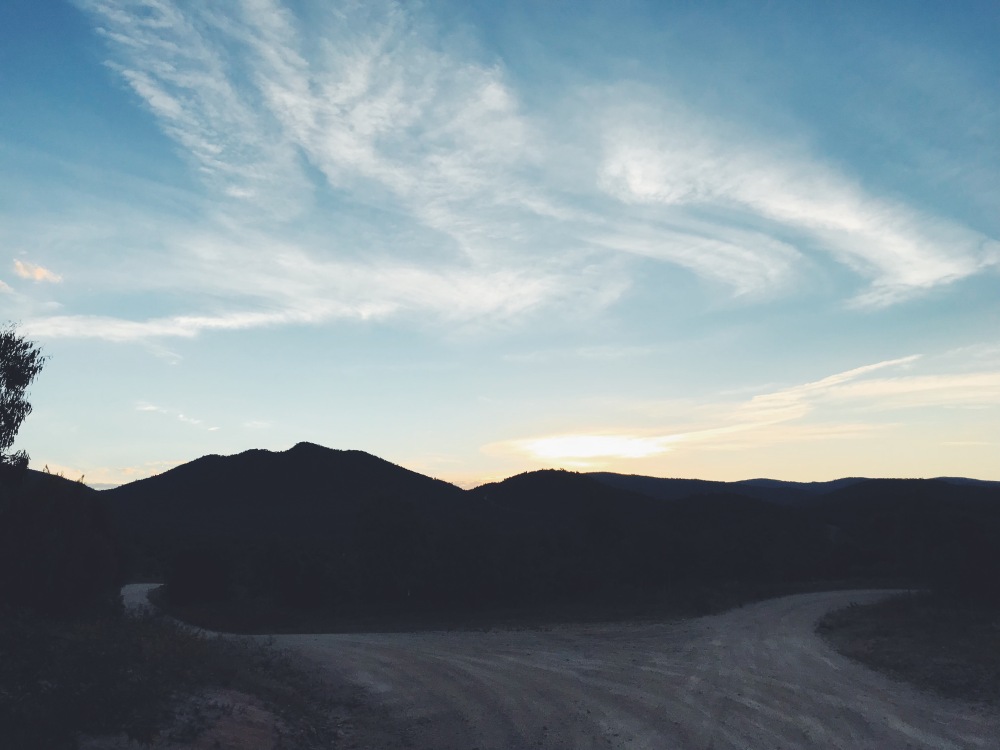 Most of the roads along here were of mild grades and good gravel, but every now and then it would kick up and the road condition would deteriorate to keep you on your toes and make you work for your progress.

A brief descent delivered me to Vanity’s Crossing, a ford of the Cotter River. Most of the light had now faded from the sky and the temperature was dropping. Deciding it would be a smart move to keep my shoes and socks dry, I peeled them off before wading through the thigh-high river crossing.

It was all up from here, I flicked on my Sinewave Beacon dynamo light and because the slow pace of climbing would limit its output, I popped my helmet light on too.

The climbing was very manageable, just tapping along until I hit Bendora Rd. The rocky and rutted surface made it hard to keep solid traction and as I bounced around, difficult to deliver consistent output through the pedals, but I continued on, knowing I was very near the ridgeline now.

Arriving at the Bulls Head picnic area, I had gained the ridge. I took the opportunity to fill up my bottles and check my options before continuing on along Mt Franklin Rd. It was still 25km undulating along the ridge to reach Pryors Hut, but only 6km to the Bendora Hut. It was now after 10pm and I decided Bendora would be a good place to call it a night. 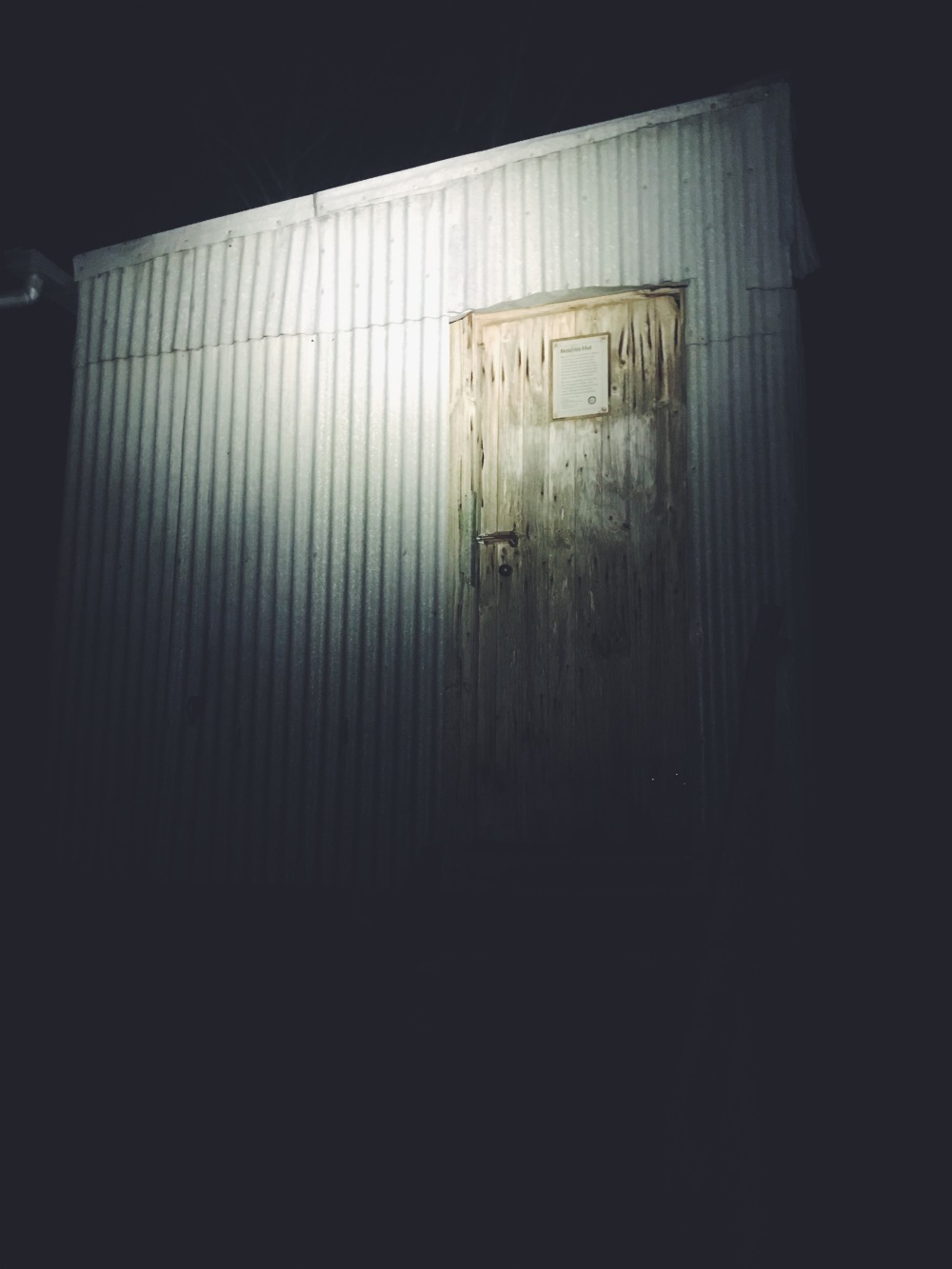 Along Mt Franklin Rd the snow gums closed in tight, continuing to narrow as I took the turnoff onto the double-track Chalet Rd. Looking off the ridge I could occasionally catch a glimpse of the lights of Canberra, far off down below, through the trees. 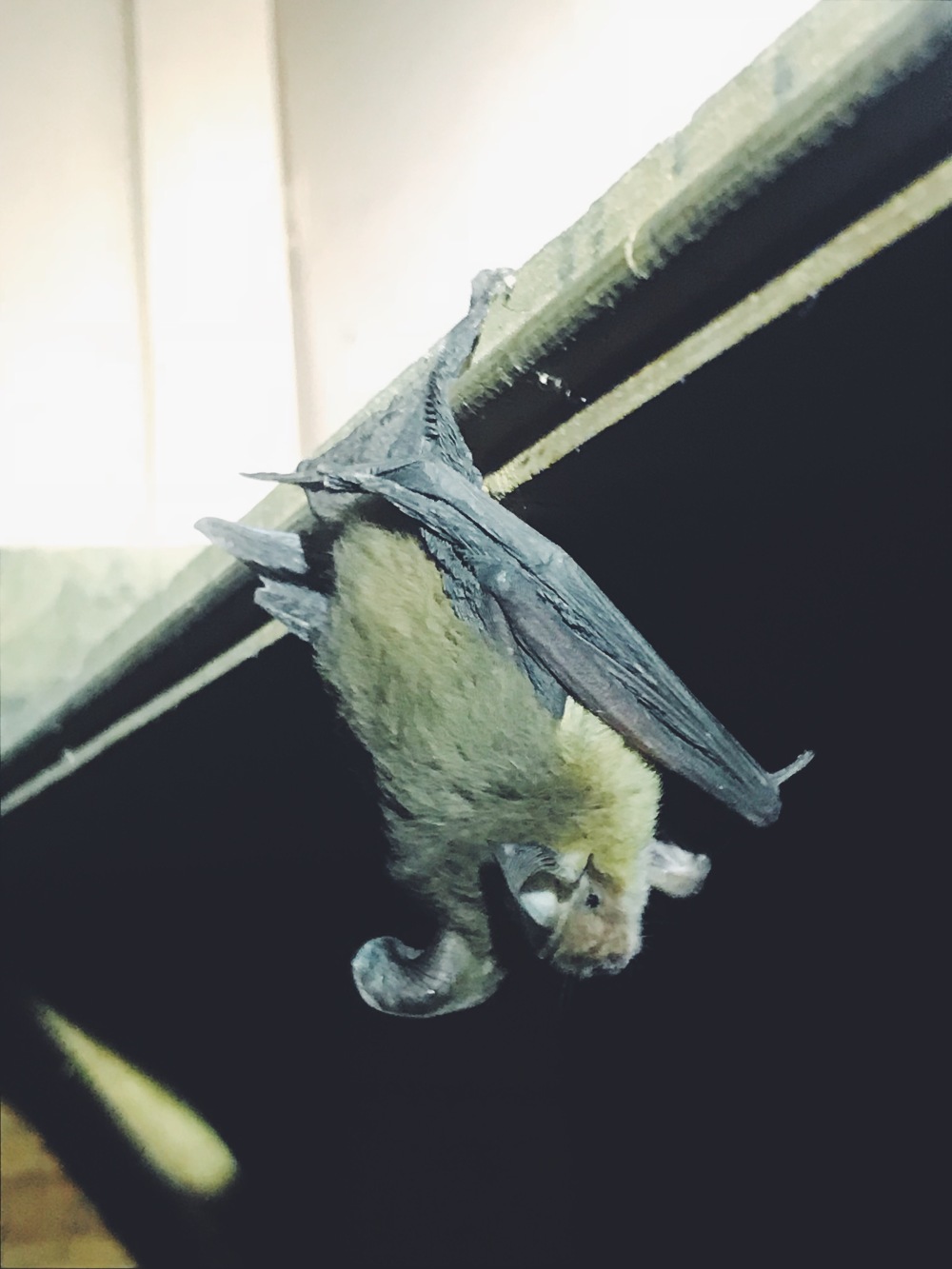 Once at the hut – in all, less than 50km from town – I discovered it was already occupied by a tiny bat. There wasn’t much in the hut otherwise. A small table with a log book and some information on the nearby Bendora Arboretum. It was a bit dusty and musty, and being a clear and still relatively warm night I decided to leave the bat be and set up my bivy in the clearing outside. 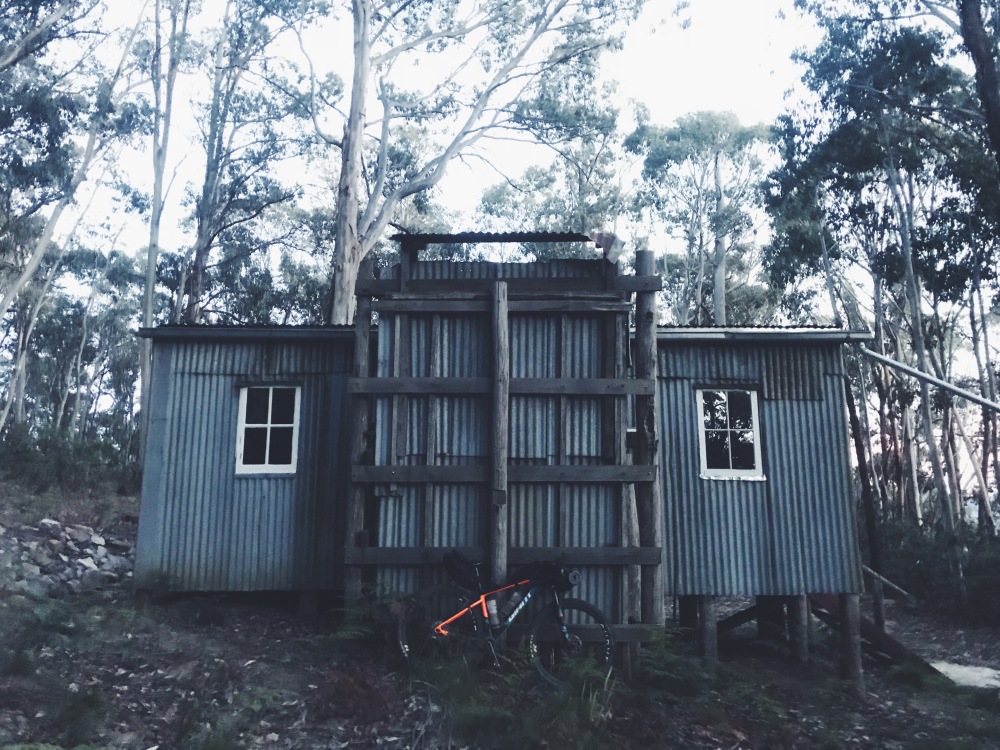 Hoping to catch the sunrise from up on the ridge, I was up at 5:30am as the first light started to creep into the sky. I filled my bottles from the water tank and took off, retracing my steps to Mt Franklin Rd. The view across the valley was still blocked by dense forest but I could see all sorts of colours shining through the trees and I hurried on hoping to find a good view. 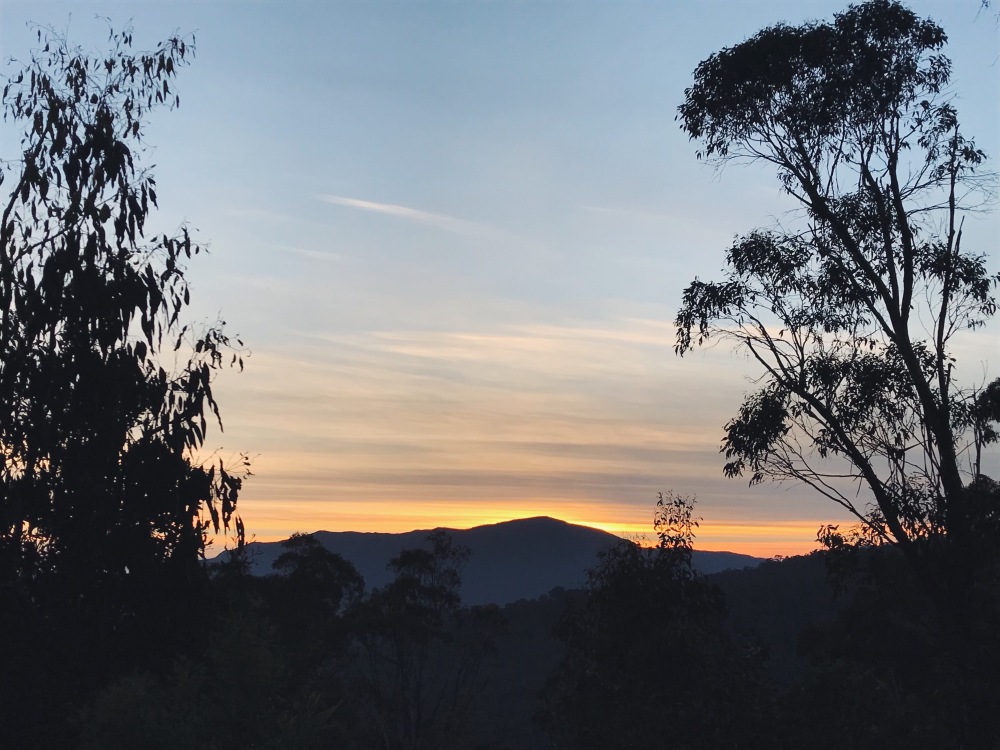 I finally found a gap in the trees and sat back, leaning against my bike as I ate a muesli bar and watched the sun try to fight its way up behind Tidbinbilla Mountain.

After the light show I continued back north along Mt Franklin Rd, past Bulls Head and beginning to descend off the northern end of the ridge. 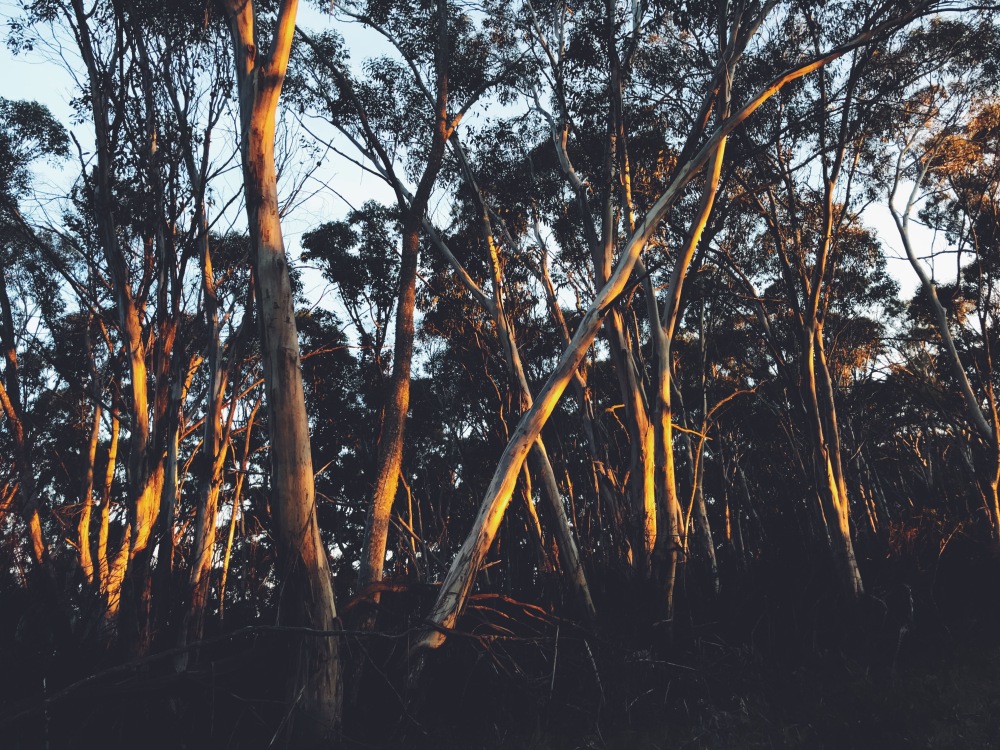 Before long I reached Brindabella Rd, continuing to lose elevation as I rocketed along around sweeping gravel corners, soaking up the views of the valley below and across to adjacent ridges and peaks. The road soon turned to bitumen and other signs of civilisation returned too. Passing the odd farm house and and cattle grazing in their paddocks.

Brindabella Rd terminated back at the Cotter Dam and I was nearly home. A brief climb out from the dam, back around Stromlo and that was that. Under 12 hours door to door.

I must admit that I’m pretty jealous of what Canberra has to offer in their backyard. Being able to climb to 1400m above sea level within a couple hours from home and experience proper mountain scenery right in your back yard!

Original route can be found here.

Will post the ridden route when I’m back in Melbourne.

One thought on “Brindabella s12o”